Finally, my brethren, be strong in the Lord, and in the power of his might. Put on the whole armour of God, that ye may be able to stand against the wiles of the devil. Ephesians 6:10-11 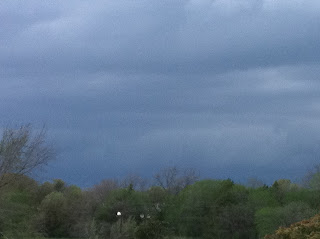 In the Old Testament times, Spring was the time the kings went to war. And they knew war would come. King David royally messed up when he stayed home that certain spring. Saw Bath-Sheba and the rest is history

King David shrugged off his Kingly duties. Things he knew he was supposed to do.
As a result - he was loitering around on the roof and saw the pretty wife of another.
Lust was added.
He acted on the lust.
She was pregnant by him - and his troops were still at battle - her husband included.
He came up with a plan. Apparently did not go to God.
Brought her husband back.
The man was honorable. I am sure that stung David. Maybe with such force he devised a plan to kill the man.
And David still didn't get it.
Not until the Prophet Nathan told him a story. And then had to tell him that he was the offender in the story.

David's response - He repented. Wept before God because he had sinned against God and God alone.

All sin is ultimately against God. Circumstances impact others, but it is going against the Lord that causes it.

You can read about King David in 2 Samuel and 1 Kings.

And I have to ask myself - have I gone to battle? Am I seeking the Lord as to where I need to be, what I need to be doing? Am I praying for my brothers and sisters throughout the world? Praying for the authorities over me?

Posted by Patricia PacJac Carroll at 11:32 AM