Who his own self bare our sins in his own body on the tree, that we, being dead to sins, should live unto righteousness: by whose stripes ye were healed.
1 Peter 2:24 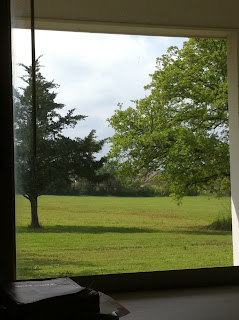 We're all born terminal. Under the death sentence of Sin. A fallen world, a mere shadow of the Glory in which it was created. Scripture even says how all of creation groans for the redemption.

John 3:15
That whosoever believeth in him should not perish, but have eternal life.

The antidote to death - believe in Jesus - the only begotten Son of God.

REJOICE!!!  No longer do we need to live under a death sentence. Through Jesus Christ we are now under an eternal life sentence.!
Posted by Patricia PacJac Carroll at 8:47 AM